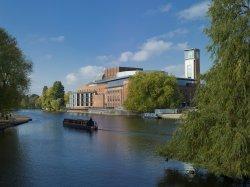 The theatres re-opened in November 2010 for preview events and activities, following their closure in 2007. The first full Shakespeare performances began in February 2011, performed by the RSC's existing ensemble. From April - December 2011, the RSC celebrates its 50th Birthday Season, with two companies of actors performing the first full performances designed specifically for the Royal Shakespeare and Swan Theatre stages.

Shakespeare's great plays are at the heart of a repertoire which includes other classic and modern works. The RSC Summer and Winter Seasons run throughout the year in Stratford: a traditional market town with a wealth of places to visit. The RSC also regularly performs in Newcastle and in London as well as on tour across the UK and the world. For more information visit www.rsc.org.uk.