"Better parking than Oxford, easier to get around ...more

B and Bs in Cambridge 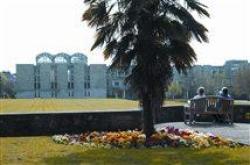 St Johns College celebrates its 500th Anniversary in 2011. The College was founded on the site of the 13th century Hospital of St John in Cambridge, expanding over the subsequent five hundred years to become the largest of the Oxford and Cambridge Colleges by area.

St John's has magnificent gardens and extends onto the famous Cambridge Backs beyond the River Cam, with its courts connected by the beautiful Bridge of Sighs. Although the Main Gate of the College leads right into the heart of the city, the College courts provide a serene and peaceful environment for our guests.

Our recently refurbished guest rooms, situated in North Court, accommodate students during Term. Both twin and single rooms are available, and all rooms are serviced daily.