"Although largely in ruins, Hastings Castle is an ...more

B and Bs in Hastings 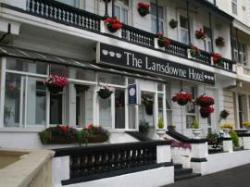 During the first half of 2010, the Lansdowne Hotel was taken over by new owners and has since been undergoing many changes and improvements. The Lansdowne is located in Robertson Terrace, which was named after Patrick Robertson, the Conservative Member of Parliament, who was responsible for the development of this very elegant area in the early 1850âs. The history of the Robertson Street/town centre area in Hastings is far richer and more extraordinary than many people would ever believe. An area covered by Harold Place, the Queens Hotel, Robertson Terrace, Carlisle Parade, White Rock, Robertson Street, Trinity Street, and Claremont, this area to the West of the Priory-Stream was outside the Hastings Borough boundary and was the result of the sea receding. "The occupants living in the area hoisted the American Stars and Stripes flag which was a symbol for victory and declared independence. This is how the area became known as the America Ground. Unfortunately for the residents of the shingle bank, the quaint little town of Hastings was becoming increasingly popular with the Victorian gentry. With 28 characteristic rooms, all with En-Suite facilities and many with panoramic sea views, the Lansdowne Hotel has always delivered when it comes to comfortable accommodation accompanied by great service. Situated in what has to be one of the most prime locations of Hastings seafront, everything you need is right on your doorstep, whatever your requirements.