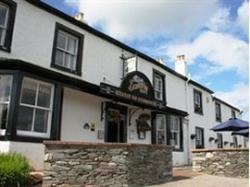 Reviews of The Brackenrigg Inn, Penrith

Add your review
Stayed here on the 6th and 7th August 2008 on a Dinner, Bed and Breakfast basis. We had booked a superior room for three of us including my 12 year old son. Room was fine apart from the bathroom being very small (couldn't fill the kettle due to the sink being small, also the shower door would hit the basin when opened only allowing a small space to enter). After looking at the menu's we decided we would eat in the bar the first evening, we enquired at reception and were told we were able to book a table in the bar and did so for 8.30pm. Upon returning to the Inn a 8.20pm we noted that there was no table reserved and the bar was full apart from a table that was so close to the table behind it, it felt uncomfortable. Luckily for us after ordering some drinks a table in the corner became available, we sat waiting for the table to be cleared but to no avail eventually we had to ask twice and it was eventually cleared and wiped with a dirty cloth which left the table sticky. The food arrived after around an hour. My son had fish and chips which was excellent, my wife had ordered ham and parsley sauce from the blackboard which came a miniscule amount of sauce, I had ordered duck of the blackboard which although was fine, it was over cooked. During our meal we noted that although the bar was extremely busy it was left unmanned a lot of the time so people were waiing an extremely long time to get served or pay their bill. The following morning we went down for breakfast and found a table and although the breakfast was fine the service again was terrible taking around an hour and a half just to get breakfast! We decided at this time to book a table in the restaurant for that evening, thinking the service might be better than in the bar, how wrong could we be!!! Before dinner we decided to have a drink in the bar, there was no where to sit as all the tables had reserved signs with names on them. At 8pm we went to our table in the restaurant, we were given menu's and asked for the wine list, this took around 20 minutes to appear, the wine we asked for was not available and an alternative offered this was brought to the table put in a wine bucket and not even opened, luckily it had a screw top so we helped ourselves. Our order was eventually taken and after around an hour our starters arrived, I had ordered a risotto with langoustines, it was the most tasteless and overcooked risotto I had ever tasted, after one forkfull I returned it to the kitchen, no alternative was offered and no apology given. After this we started talking to tables near us they were also complaining about the food and service. At around 9.30pm no main courses had arrived, in fact there was not one member of staff in the restaurant they had all dissapeared, eventually staff reappeared but it was too late the restaurant was in uproar with people complaining, I complained to the manager who stated that they were having problems this evening, I told him that they seem to have them every evening. Our food eventually arrived arround 10.15pm, my wife's sea bass was overcooked and dry, my lamb shank was salty but we were so hungry and tired by now that we had no alternative but to eat what we could. Breakfast the following morning was a repeat of the previous days but with an even longer wait. Finally, the Brackenrigg Inn would make Fawlty Towers look like the Ritz. If I owned the business I would seriously think about selling it to someone who knows what they are doing.