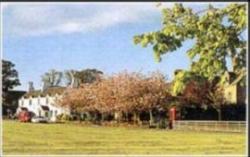 Add your review
Big sign outside the hotel clearly indicates "All Day Food, Bed and Breakfast" although when we visited the hotel this morning we were told they do not serve breakfast. Perhaps a good idea to have your signage changed then??????

Add your review
On our first visit for a drink we called at 4.00 pm. We were asked by the landlord not to sit at the many tables set for meals as they were starting to serve at 5.00pm. We were herded over to the only other vacant table just outside the gents toilet of which we got full view everytime the door opened. Even some customers ordering bar meals were asked not to sit at the tables. As we left well after 5 there were still no diners to be seen ! Drinkers are not their favourite customers, and we were made to feel uncomfortable. We did return to eat another day though and the food was nice.

Add your review
We were greatly relieved two months ago when we saw that the Castle Inn had closed down. The owner was an obnoxious loudmouthed bigot so we were not surprised that he had ruined what had previously been a pretty decent establishment. We noticed it had re-opened and didn't really know what to expect. Immediately we opened the door we went "Wow!". The entire place has been refurbished, and money appears to have been no object. This is probably the most tastefully decorated pub we have ever visited. The staff are smartly dressed and keen to be of service. The next shock was that the price of our drinks had DROPPED by 60p since the Grinch departed. The menu has something for everyone and the prices are extremely reasonable. The portions are sizeable, and are of excellent quality. The owner is a genial gentleman called Bert and he is constantly moving around between his customers and chatting to them. The Castle has a new King and he is certain to have an increasingly large army of customers singing his praises. We will most certainly be back.

Add your review
Happily, as a resident of Dirleton, I can confirm that the previous owner which the earlier reviews refer to has moved on; possibly to ruin another establishment. New owners have take over the Castle Inn and now it is refusbished with real ale, good food, and a busy and lively atmosphere. Hurrah!

Add your review
I was moved to seek reviews of this establishment after our unfortunate visit today. The comments concerning the soup and Hospital Canteen quality made me laugh, as despite the lucky avoidance in the case of the soup, this seemed to be the standard still in evidence - The couple beside us were beside themselves having received their cream of mushroom & tomato (surely not two well known tinned varieties combined? surely?) with one bowl stone cold. Our steak pies arrived, and unsurprisingly, given the surrounding murmuring, could be described as tepidly heated as best. The major surprise though was their arrival with solely barely cooked oven chips, which I don't think were even of "superior" McCain quality, but sadly supermarket own brand savers! To give the Castle Inn some credit though, as I said, these arrived as the sole accompaniment - No vegetables, no garden peas, nothing. This truly took my breath away, I have never encountered an establishment so obviously utterly confident of its own mediocrity that it doesn't even bother to serve up a full course on its plates. They know by the time you reached this stage, hell will freeze over before you return, so why bother pushing the expense of producing your "meal" above the absolute bare minimum. My young daughter is going through a nachos phase at the moment, and these too did not fail to disappoint. It is no exaggeration to make the bold claim that I could reproduce this culinary car crash by simply pouring a small packet of tortilla chips into a bowl, grating some cheese on top and banging into a microwave for 3 mins. The sad fact though is no one connected with the business seems to care. As said above, the contempt shown in the presentation of the meals means they must be happy catching passing trade, which, given their locality to the castle, they will. What they will never do though is open themselves up to the potential market they would have in repeat trade from Edinburgh families, and residence of East Lothian, looking for a nice regular haunt close to the beaches and the castle.

Add your review
I wish I had read the other reviews before going to the Castle Inn, Dirleton with my wife and parents. We waited an age for our drinks. The starters took longer. We were aware of other tables being delayed and wrong food orders being served. The place was staffed exclusively with young teenagers who were not intent on offering even a basic level of service and who could be heard openly arguing. To top it off, 55 minutes after ordering, when the main course arrived - they'd got it wrong (apart from my own battered fish, which looked like it was more physically abused, then burnt to a crisp). When the waitress returned the meals to the kitchen the chef (owner?) started shouting at the waitress, using the 'F' word liberally. The waitress walked out in floods of tears. The head waiter (13 years old?) couldn't even tell us who was in charge. These are kids working for him. Probably family, but kids none the less, who have been given no training, or management, and who probably have other things on their minds on a sunny Sunday afternoon instead of working in that dark hole they call a restaurant. After this joke of a hotel, we had a bar meal at Ducks in Kilspindie, Aberlady, where the food and service was light years ahead of the Castle Hotel, Dirleton. Spread the word - avoid the Castle Hotel, Dirleton. Hopefully, it won't be open much longer, and spare East Lothian the embarrasment.

Add your review
Sadly I must echo the sentiments of the other reviewers. This venue has ideas well above its capabilities. Rather than do something simple well, they aim at something grand and miss  the food as with the service & decoration. What could be a pleasant country in is trying to be (and pricing as though it were) an exclusive city venue and as a result is over priced and mediocre at best. Dirleton is an enchanting little village and well worth a visit, but choose the Open Arms hotel rather than this establishment.

Add your review
My wife and I had sandwiches and coffee at your inn , and we were charged what we think is an exorbitant price of £13 10p the coffee wasn,t even in a proper cup, we will be visiting Direlton in the future but certainly won't be eating at your inn , we were warned not to visit your inn and wished we had headed the advice , you won't attract many returning customers with prices like that.

Add your review
Had lunch (soup and bread) and drink for 2. We were overcharged £1 (£11 instead of £10) then suffered very poor service. The soup, taken outside, was just over lukewarm and came without the bread. One of the staff passing was asked for it, as it still didn't come minutes later I returned to the bar and asked again. Still no sign, we'd finished the soup by this time so went back to the bar to complain. It was at this point that the overcharge was agreed. I asked for a refund of the food component, with poor grace a full refund was offered. I'd suddenly had enough, told the manageress to give it to the poor and walked out, aggravated by her saying that this was the bar, she'd no control over the kitchen. Don't give this place your custom.

Add your review
My wife and I stopped for lunch at the Castle Inn, Dirleton, today, and got the worst lunch and poorest attitude we've ever encountered. We only wanted something simple - soup and sandwiches. The soup was completely inedible. (We are used to school and hospital canteen food, so we weren't being fussy! I don't recall ever being unable to eat a bowl of soup before.) When we pointed out the problem with the soup, we got no apology - they insisted we pay for it even though we couldn't eat it. The sandwiches (choice of ham or cheese) were basic to say the least. I can get better ones at work for 70p! They charged us £5 each. So two bowls of inedible soup and two basic sandwiches cost us £16! I know it was the first of April but this place is beyond a joke. Avoid it at all costs.