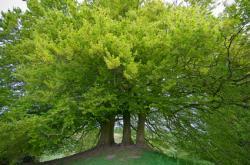 Review of Devizes by Kim Vose on May 20th, 2007
Wake up devizes, there is nowhere in your town where you can get a decent Vodka Martini! At the Bear Hotel on Saturday night we were told, they have no Martini glasses, they were all smashed in the stock take, all of them!! We were offered a vodka Martini in a half pint glass! At the Castle Hotel they had one Martini glass, so we shared a Vodka Martini, it was made to the ratio of a Gin Martini, with a black olive from the kitchen, it was disgusting; To all the barstaff in Devizes, here is the recipe for a Vodka Martini: 1 1/2 ounces Vodka 1/2 ounce dry Vermouth Stir with ice. Strain into a chillled cocktial glass. Garnish with a lemon zest, or a green olive. To all the bar managers in Devizes, order some cocktail glasses and train your staff. Thank you for your time.