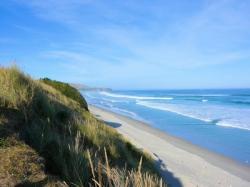 St Kilda is an archipelago in the Outer Hebrides approximately 55 miles west of Harris . They is sometimes known as the islands at the edge of the world. The archipelago comprises the islands of Hirta, Dun, Soay & Boreray and the sea stacks Stac Lee and Stac an Armin. It has been designated by UNESCO as a World Heritage Site for both its natural and cultural significance and is now owned by the National Trust for Scotland.

St Kilda is a Scheduled Ancient Monument, a National Scenic Area, a Site of Special Scientific Interest, and a European Union Special Protection Area. Vessels visiting the islands may find shelter in Village Bay but those wishing to go ashore must contact the National Trust for Scotland in advance. Concern exists about the introduction of non-native animal and plant species into such a fragile environment.

Life on the islands, which lies isolated in a fierce stretch of the North Atlantic ocean, has never been easy and islanders have always had to fight to survive. They gave up that fight and the island was finally evacuated in 1930.

The island is famous for its seabird colonies. Seabirds formed a major part of the St Kildan diet, especially gannets, fulmars and puffins. It is claimed that in 1876 the islanders took an incredible 89,600 puffins for food and feathers. Today, with the people gone the seabirds have the place almost to themselves and the archipelago is one of the major seabird breeding stations in the North Atlantic. St Kilda has the largest colony of fulmars in the British Isles with nearly 65,000 were recorded in 1999. The birds do share the islands with the local feral Soay sheep. The Soay are said to be the most primitive domesticated animal in Europe and come from Neolithic times.

Stac an Armin (191 metres) and Stac Lee (165 metres) are the highest sea stacs in Britain. The highest point in the archipelago is Conachair 'the beacon', at 1,411 ft, on Hirta. There are no trees at all on the islands and the remoteness and unique environment means the biodiversity is limited. Only 58 species of butterfly and moth occur on the islands, compared to 367 recorded on the Western Isles. However, several rarities exist amongst the 194 lichen species found on the archipelago.

Today the visitor can choose from a number of companies running boat trips to visit St Kilda. You can take a boat from, among other points of departure, Harris or the Isle of Lewis. Warm and waterproof clothing is advised all year round as this is a particularly unforgiving part of the world.