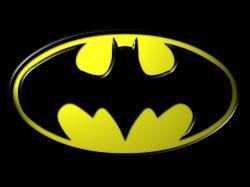 Set Locations:
Milton Keynes stood in as Gotham City
Inspired by the DC comic book hero of the same name, and the 1966 film, the 1989 Tim Burton remake of Batman captures the darker side of the Caped Crusader unlike any screen portrayal previously. Michael Keaton plays a masterful lead role, capturing this dark edge with great subtlety. It has been said, however, that his claustrophobia, aggravated by long stints in the Batsuit, caused him to easily adopt the dark mood necessary to pull the role off!

The film shows how Bruce Wayne's parents were murdered in front him by criminals when he was a young child. This leads him to grow up with one thought on his mind, vengeance against the criminals of Gotham City. On the public side he is Bruce Wayne, billionaire heir to Wayne Enterprises. Privately, he has developed the character Batman, assisted by his faithful English butler Alfred.

In the film he meets photo-journalist Vicki Vale (Kim Basinger) whilst in the Bruce Wayne persona. The chemistry is instant, which is a problem as she is investigating the mysterious bat figure which has been seen fighting crime in Gotham.

The villain of the piece is Arch Bat-Villain 'The Joker', played by one of the all-time great actors, Jack Nicholson. Disfigured in a raid on a chemical factory that Batman foiled, villain Jack Napier is left with the gruesome grimace of a smile that gives him his title.

Apart from the English butler, the film would have had little connection with Britain if it were not for a late decision to switch the location of the filming. Originally, the film was to have been shot entirely in the studios at Hollywood. However, a desire for secrecy in filming was being compromised by ever increasing Media attention. So the decision was made to switch the filming to Pinewood Studios, just 20 miles from Central London.

Pinewood Studios has been a thriving studio since it was built in the 1930's and has been responsible for many, many famous films, including the Carry On films, the James Bond films and more recently, Mamma Mia.

If you are visiting Pinewood Studios, you will find it is also very convenient for visiting all that London has to offer, including the many heritage sights such as Buckingham Palace and The Tower of London , the Shops and Theatres of the West End and the vast parks such as Hyde Park and Regents Park.

If you are interested in locations from the film, you should also visit Knebworth House , in Hertfordshire. Knebworth House is a magnificent country house which has stood for over 500 years, with many additions over the centuries. It is used as Wayne Mansion in the film. The house has many attractions including a model railway and dinosaur park, and holds events ranging from rock festivals to classic car rallies.

Places to stay nearby:
Good places to stay in Milton Keynes include Comfort Inn Hotel, Courtyard by Marriott Hotel or Premier Travel Inn