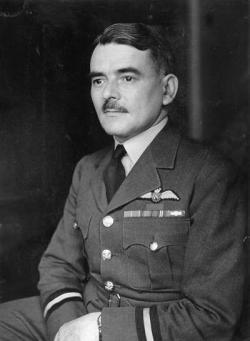 Frank Whittle, inventor of the jet engine, overcame enormous difficulties in his career, beating the class system, his own physique, short-sighted officialdom, and political perfidy.
Born in Coventry on June 1 1907, Whittle had ales than privileged upbringing: he won a scholarship at school, but lack of money meant he could not initially consider higher education; he worked in his fathers small engineering business; and while doing so read widely in the library at Leamington Spa, the town where his family had relocated.
After two unsuccessful attempts he finally entered the RAF as an aircraft apprentice - he was only 5 feet tall when he first applied aged 15; having failed once though slightly taller he was automatically excluded on his second go; for the third he used an assumed name!
Whittles brilliance in maths and his outstanding model aircraft construction convinced his commanding officer to send him to officer training at Cranwell, where he faced public school snobbery. At Cranwell his thesis started Whittle on his lifes work, looking at future aircraft designs to go beyond the propeller era. In 1930 he patented the idea of the jet engine based on that study. With a mark of 98 per cent in his officers engineering course - completed in three-quarters of the usual time - Whittle was sent to Peterhouse Cambridge to study Mechanical Sciences, taking a first in just two years.
During his time at Peterhouse Whittle worked on developing the jet engine with an ex-colleague and another retired RAF officer, beginning a struggle with finance, repeated failure by the authorities to see the projects potential until the success of the Gloster E28 during WWII, and eventually after the war the nationalisation of his company with little reward for Whittle  though in May 1948 he did receive an ex-gratia payment of £100,000, shortly before being knighted.
Sir Frank Whittle, Air Commodore, retired from the RAF in August 1948, after several mental breakdowns caused by stress. In a sad echo of his earlier work, his innovative 1950s design for a drill to be used in oil-exploration was dropped because of financial problems, only to be developed in the 1990s.
The last years of his life were spent in America, where he emigrated in 1976 after the end of his first marriage and his remarriage to an American. He died in Maryland on August 9 1996.

Contributors: Do you have a site related to Frank Whittle?
Supply some content for this page and we will gladly add a link to your site. Email here.