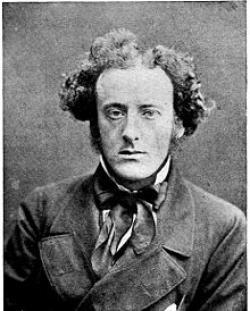 John Everett Millais was born in Southampton on June 8 1829. Even as a child the young Millais exhibited a precocious talent. Recognising this the family moved to London to facilitate his training. This led to him being accepted as the youngest ever student at the Royal Academy Schools aged only 11. It was here that he met William Holman Hunt and Dante Gabriel Rossetti with whom he was to found the Pre-Raphaelite Brotherhood in 1848.

The Pre-Raphaelites rejected the ugliness of contemporary life often for an idealised version of medieval society. This can be seen in Millais painting Lorenzo and Isabella (1849) The Pre-Raphaelites also favoured religious themes: Millais 1850 painting Christ in the House of his Parents was criticised because of its literal portrayal of a carpenters workshop. However Millais and the Brotherhood found a champion in the great Victorian art critic John Ruskin. Millais was to marry Ruskins wife Effie Gray in 1856, her marriage to Ruskin having been annulled as it had never been consummated.

After his marriage Millais early style was to be abandoned for a looser, more painterly approach evident in The Boyhood of Raleigh and his society portraits. Although he was accused of selling out Millais work remained masterful and became even more popular. This was most evident in Bubbles (1886) which famously was used in advertising Pears soap.

Millais was the first artist to be honoured with an hereditary baronetcy in 1885. He became a Royal Academician a year later and was elected President in 1896, shortly before his death. Sir John Everett Millais died on August 13 1896 aged 67 and was buried in St Pauls cathedral.

Contributors: Do you have a site related to John Everett Millais?
Supply some content for this page and we will gladly add a link to your site. Email here.