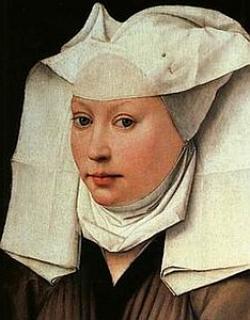 Born in Norwich, Norfolk
Born on 8th of November 1342

There is much that is unrecorded in the life of Julian of Norwich whose reclusive calling left little for her biographers. It is generally accepted she was born on November 8, 1342. Her place of birth is not certain and it has been suggested she may have been a Yorkshire woman based on the northern dialect discernable in her writing, albeit via manuscript copies from at least two centuries later. The name Julian, or Juliana in Latin, may have been hers from birth or more likely taken from the Church of Julian of Norwich where she became an anchoress at some point before 1394. An anchorite, or anchoress, was a contemplative hermit with a small cell attached (or anchored) to a church.

Julian experienced a series of intense visions of Jesus Christ during a severe illness when she was aged 30. It was this near death experience that transformed her life and provided the source of her major work Sixteen Revelations of Divine Love. This is believed to be the first book written by a woman in the English language and in it Julian sees God as loving and joyful as opposed to judgmental. Given the troubled times she lived in which saw the Black Death and Peasant Revolts as evidence of Gods punishment this was an original and optimistic message. Certainly her most famous saying "...All shall be well and all shall be well and all manner of thing shall be well" reflects this theology.

A contemporary visionary, Margery Kempe, records visiting her around 1413 and evidence of small bequests up to 1416 indicates that she was still alive at 73. This is also given as the most likely date of her death. There has been a recent revival of interest in writing which is appreciated for its mystical insight, and for her view of the Trinity as comprised of Father, Mother and Lord. Her cell has been rebuilt on its likely foundations in Norwich and she now has a commemorative day on May 8.

Contributors: Do you have a site related to Julian of Norwich?
Supply some content for this page and we will gladly add a link to your site. Email here.