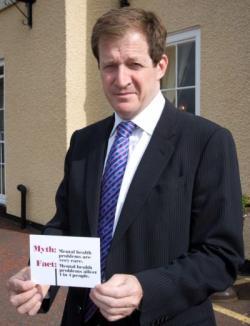 Born in Keighley, West Yorkshire
Born on 25th of May 1957

Studied modern languages at Gonville and Caius College, Cambridge. Moved into journalism becoming political correspondent of the Daily Mirror. Was later political editor of the Daily Mirror and Today. Became spokesman for Tony Blair in 1994, played important role in the run up to 1997 general election. Published extracts from his diary in 2007 entitled The Blair Years.

Contributors: Do you have a site related to Alastair Campbell?
Supply some content for this page and we will gladly add a link to your site. Email here.