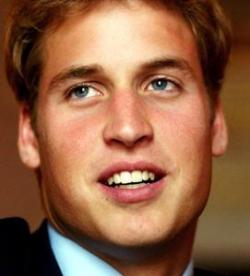 Born 1982.Heir to the throne of Britain

Elder son of The Prince of Wales and Diana, Princess of Wales. Attended Eton College. Joined the Royal Military Academy Sandhurst as an Officer Cadet. Commissioned as an army officer in front of Her Majesty The Queen at Sandhurst in December 2006. Keen sportsman, plays polo regularly to raise money for charities, including the Tusk Trust, Centrepoint.

Contributors: Do you have a site related to Prince William?
Supply some content for this page and we will gladly add a link to your site. Email here.