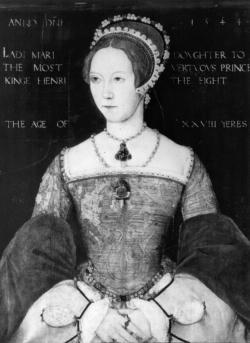 
Youngest daughter of Ferdinand and Isabella of Spain. Married to Henry VIII in 1809, previously married to his brother Arthur. Had six children but only one, later Mary I, survived. Marriage annulled by Archbishop Cranmer. Refused to accept the Act of Succession (1534) which declared Mary illegitimate. Retired to lead religious at Kimbolton.

Contributors: Do you have a site related to Catherine of Aragon?
Supply some content for this page and we will gladly add a link to your site. Email here.