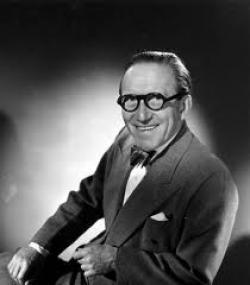 
He made his professional debut in 1924, and soon became a principal comedian in summer seasons at British seaside resorts. Although small of stature, with his horn rimmed glasses, he was big of heart and achieved wide recognition with the radio programme Band Wagon (1938). He appeared regularly on television and starred in films such as Charlies Aunt, Ghost Train and I Thank You.

Contributors: Do you have a site related to Arthur Askey?
Supply some content for this page and we will gladly add a link to your site. Email here.