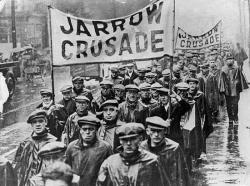 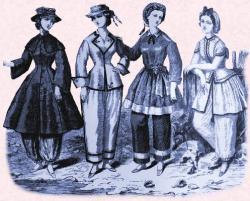 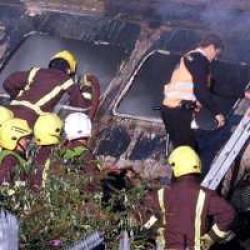 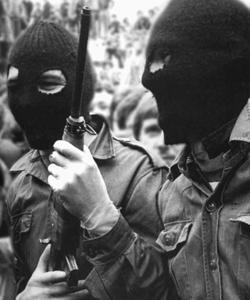 The Jarrow Crusade as it became known was not the first march of its kind  in the four or five years prior to the Crusade the National Unemployed Workers Movement held several similar events, for example; and the historic march of the Blanketeers in 1817, protesting at the lack of work for textile workers at that period, was another inspiration for it. But the 200 Jarrow marchers touched the national - if not the National Government - conscience for a time.
Jarrow council organised the event, with the backing of Ellen Wilkinson , the fiery local Independent Labour Party MP and sometime Communist Party member. The march was to protest at the lack of work in the town, where the closure of Palmers Shipyard had left the place with unemployment touching 70 per cent. State provision for unemployed workers was inadequate and insensitive, with benefits means-tested after a short period.
The march was well run: £1000 was raised to fund the purchase of a second hand bus to carry kitchen equipment and the groundsheets used when the men camped out; the 200 marchers were all fit men, chosen after medical examination; Ellen Wilkinson several times marched with them to increase publicity for the cause.
Along the way people donated money, boots, food, offered overnight accommodation. In stark contrast the Labour Party  which today uses the march as a totem  shamefully refused its support because of supposed Communist involvement, and perhaps fearing revolution was in the air; just as Stanley Baldwin was too busy to receive the marchers.
After their petition had been handed to Parliament by Wilkinson on November 4 nothing much happened, though two years later in 1938 a ship-breaking yard opened in Jarrow, as the following year did the Consett Steelworks. With all the spite with which mean-spirited bureaucracy can sometimes act, the marchers had their dole docked on their return too, as they had not been available to take up non-existent work in Jarrow.

From abbie on 3rd April 2013
I think this is a very good piece of information.Some information about the Jarrow March was not there but in my opinion it was good and I would rate it 7/10