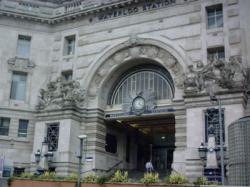 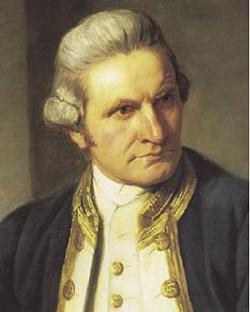 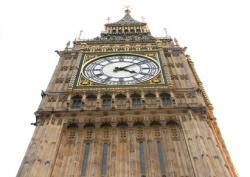 Originally named Waterloo Bridge Station, because of its proximity to that structure, Waterloo Station opened on July 11 1848, its layout being that of a through station rather than terminus, as it had been intended to drive the London and South Western line on to the City. Waterloo represented an extension of the line from Nine Elms, that station having opened 10 years earlier.
The area around the station had been marshy until it was drained in the first quarter of the 19th century, and once the station was built this development accelerated.
With the change in plans meaning that Waterloo was a terminus rather than through station its design was instantly out of date, and it was altered significantly only five years after opening, but over the next few decades it was changed in a rather haphazard fashion, at one point having a line running through the main concourse at right angles to the main service.
Interestingly the Necropolis Station was added to the complex in October 1854, to take bodies for burial from London to Brookwood Cemetery in Surrey .
Officialdom finally recognized the name Waterloo rather than Waterloo Bridge in 1886, though it had been known as the former for many years by Londons travelling populace. The name has been a bugbear for the French from the outset  they prefer not to be reminded of Napoleons greatest defeat , and even recently official complaints were made by our Gallic neighbours, the context being that the name is rather inappropriate for what was the Eurostar station.