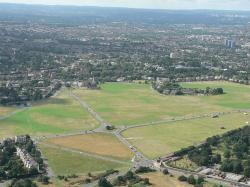 The battle of Blackheath was the culmination of the Cornish rebellion that shook Henry VII s England in the summer of 1497.

The rebellion is a reminder that even at the end of the 15th century England was by no means a homogenous nation. The majority of Cornishmen still spoke their own language rather than English, and regarded their Celtic land as something separate from England.

Henry had imposed taxes to pay for his conflict with James IV of Scotland. Not only did the Cornish regard that war far off in the north as nothing to do with them, but they believed the tax violated rights and privileges granted to them by Edward I .

With Henry facing troubles in France as well as Scotland, them moment may have seemed propitious for a popular uprising. Two rebel leaders emerged, Michael Joseph (known as An Gof, Cornish for the blacksmith, his trade), and Thomas Flamank, a young lawyer from Bodmin .

An army (of sorts) of Cornishmen marched north and across the southern part of England, numbers swelling as it progressed seemingly without hindrance. They went through Wells , Salisbury , Winchester and Bristol rallying support, even recruiting Lord Audley to their ranks.

At one point the rebels tried to rouse the county of Kent to their side, hoping that anger at the repression after Jack Cades rebellion would still smoulder there. It didnt, the repression had extinguished all thoughts of rebellion in Kent. Nonetheless, An Gof had perhaps 15,000 men under his command when the rebels reached London.

London was in a panic as the Cornish approached. Gates were barred, the citizenry prepared for a fight.

Henry recalled the army destined for Scotland to London, with its leader Lord Daubeney at its head. He was an experienced general. Joseph was a country blacksmith. Daubeney had cavalry, artillery, and well-trained and well-equipped men-at-arms under his command, probably in excess of 20,000 men. Josephs force peaked at perhaps 15,000, but as it became obvious the king had no intention of heeding their demands one in three of these melted away back to their homes.

The battle of Blackheath was more the slaughter of Blackheath. Henry had fooled the rebels into thinking that his attack would come days later, so they were taken by surprise. Surrounded by forces superior in every way they still fought for a time, but a lack of military leadership was evident in everything they did: letting the force guarding the river crossing at Deptford be isolated and destroyed without support; abandoning the high ground they held; releasing Daubeney when his enthusiasm had seen him lose contact with his men and taken prisoner.

Some 2,000 rebels were slaughtered before Joseph gave the order to surrender. Joseph ran for it, but was captured at Greenwich . Flamank and Lord Audley were taken on the battlefield.

Henrys actions after the victory were typically effective. Ten days after the battle Joseph and Flamank were hanged at Tyburn, then drawn and quartered. The executioners axe gave Audley a nobler end. Some rebels were sold into slavery, but the majority were allowed to return to Cornwall , where retribution came in the form of punitive taxes and seizure of lands and property. In spite of this the Cornish rebelled again a year later, and once more in 1546, their independent spirit surviving all repression.