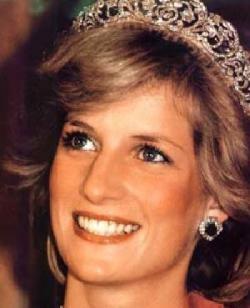 Diana, Princess of Wales, dies in a car crash

More than a decade after Dianas death in Paris on August 31 1997 theories about how and why she died still emerge, some more credible than others, but none as credible as the simplest explanation: that Henri Paul the driver of her car was travelling at twice the legal speed limit, perhaps much more, in an attempt to evade chasing paparazzi; that Paul was posthumously found to have drunk heavily and taken anti-depressants shortly before the crash; and that foolishly, perhaps arrogantly, she (along with the other three occupants of the Mercedes) was not wearing a seat belt.
The intervention of the British security services has been suggested, but how they could have engineered the crash in the way that it did occur is very far from obvious, particularly given the last minute changes in route. Yet some of the facts surrounding the case do give room for conjecture  keeping some of our tabloid papers busy on an almost weekly basis to this day: the stopping of Diana 's ambulance just short of the hospital for about an hour strikes the layman as odd; the failure to find the driver of the mysterious white Fiat Uno said to have been involved in the crash; and the conflicting reports about the nature of the crash scene and Dianas injuries.
Britains reaction to the tragedy was overwhelming, and to some spectators went well beyond what was merited; by a strange coincidence Mother Teresa of Calcutta had died the day before Princess Diana, her saintly life of continual service and poverty temporarily forgotten in the nations rush to grieve for the beautiful, vivacious and well-intentioned if extraordinarily privileged Princess.
The Royal family was severely battered by criticism after Dianas death: the Queen initially seemed intent on remaining on holiday at Balmoral ; the acrimonious split and Prince Charles s supposed infidelities were remembered; idiotic matters of protocol regarding the flying of a flag over Buckingham Palace perplexed and annoyed ordinary people.
Dianas funeral on September 6 1997 brought millions of mourners to central London to observe the strangely incongruous sight of Dianas ex-husband following the funeral carriage, and the more poignant sight of her two young sons forced to do the same. Five years after her death the publics esteem for Diana saw her voted as the third greatest Briton of all time, incredibly two places higher than Shakespeare , and though the rather un-British outpouring of grief at the time of her death and over-estimation of her impact on British life may now both seem somewhat excessive, the personal tragedy of the death of a good-hearted young mother so early in her life remains.