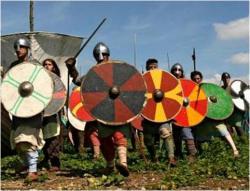 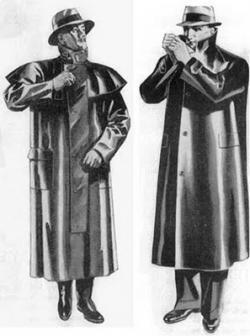 King Edwin of Northumbria, in his youth exiled in Wales and East Anglia, under constant threat of assassination, in 616 defeated Aethelfrith who had seized the Deira throne that should have been Edwins. His lands extended far into what is now Scotland, across the North of England, and through Wales to Anglesey , even taking in the Isle of Man . When his former protector in East Anglia died, Edwin added those territories to his existing ones.
Having converted to Christianity in order to make a marriage with the daughter of Kent s ruler, and thus forge an alliance with the latter, his position could have been secure. But Edwin had made enemies, among them Cadwallon of Wales and the Mercian Penda  an unholy alliance given the Welshman was Christian and Penda pagan.
Cadwallon had been besieged on Puffin Island off Anglesey before fleeing to Ireland and his own exile, and in 632 like Edwin he returned strong and determined. Penda it appears was not yet king of Mercia so his motivation for an alliance with Cadwallon may have been to avoid losing his inheritance to the inexorable Edwin.
The place where the two armies met is known as Haethfelth, or Heathfield. Some believe this to be around Hatfield near Doncaster ; others argue for a spot near Edwinstowe in Nottinghamshire. From the limited account left by Bede we know that Edwins army was destroyed, the king and his son Osfrith killed, another son captured to die later. Edwins head was sent to Aberfraw on Anglesey as a potent symbol of victory.
Cadwallon was not content with that victory, continuing a bloody campaign against the Northumbrians that can be seen as a last attempt of the Britons to push back the Saxons . The united Northumbrian kingdom split into Deira and Bernicia again, and the Northumbrians returned briefly to paganism. In 634 Cadwallon in turn was to perish in battle, at Heavenfield near Hexham , his vanquisher Oswald of Northumbria re-uniting that land.

From Joseph S Waterfall on 14th May 2013
Cannot agree with you on the location of the battle. there is no evidence at all to support the claim. The more logical site is the one in Cuckney where there appears to be substantial evidence.