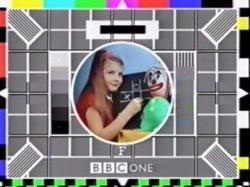 The BBC today is the largest broadcasting organisation in the world, but its beginnings were very different. Less than a month after it was founded by six companies involved in radio technology  including Marconi , General Electric and Metropolitan-Vickers  the BBC , which had taken over the pioneering 2LO transmitter with 100 watts of raw power at its disposal, made its first public broadcast on November 14 1922 on 369m on the medium wave. The government had not been keen on the idea of radio as entertainment, so Britain lagged behind the USA by several years in this field.
What was then the British Broadcasting Company  not to become a publicly-owned corporation until 1927  had an initial staff of four, and its less than mighty transmitter was housed in a teak cabinet on the 7th floor of Marconi House in the Strand . Receiving equipment likewise was rather rudimentary, and it is thought that only about 50,000 sets existed on the great day, many of them home made because of the prohibitive cost to ordinary families of ready-made sets  a cost increased by a small government levy on every set. Listeners were also already paying a licence fee of 10 shillings for the privilege of listening in. The radio sets were valve or crystal units, and the sound quality was very limited with little in the bass or treble register coming through the ether to the speakers or headsets used by listeners.
The very first programme broadcast was a news bulletin; and that same day the first BBC weather forecast went out. Legend has it that those on air wore dinner suits, though obviously they were not visible to the audience.