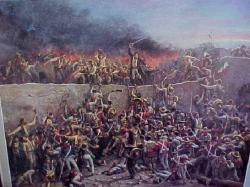 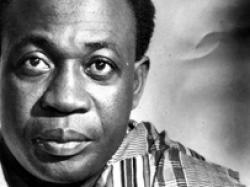 Fall of the Alamo

The Alamo has become part of Americas national folklore, seen as a heroic struggle against the odds where the prize was freedom, Texians (English-speaking settlers) fighting the repressive and centralising Mexican regime. In reality the causes were more complex, including some American settlers in Texas resisting Mexicos prohibition of slavery.
Anyone visiting the Alamo today, however, cannot but be moved by the atmosphere in the tiny building where, forced back by overwhelming numbers of Mexican troops so many men died fighting for what they believed in. And visitors from Britain and Ireland may be surprised to see that of the defenders whose origin is certain more came from England than Texas, explained by the fact that settlement from the USA was relatively recent. At least 11 men born in England died in the battle, along with nine Irish and four from Scotland. Perhaps we should not be surprised: hundreds of thousands, eventually millions, of Britons emigrated to a new life in America.
March 6 was the last day of the battle which had begun as a siege on February 23. The outnumbered and out-gunned defenders faced inevitable defeat. General Santa Anna had ordered that no quarter be given so the Texians knew they would die, from 17 year old William King to Gordon Jennings in his mid-fifties. Their courage as they died by bullet or bayonet provided an example to their fellow Texan revolutionaries, and the Alamo remains a potent symbol of American endurance.