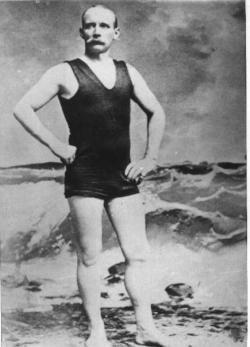 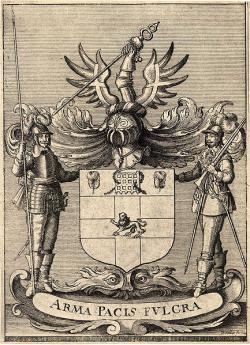 Had there been such a thing as Hello Magazine in his day, Captain Matthew Webb would have been a regular. This great Victorian celebrity first came to public attention when he dived from a transatlantic ship to try and save a man who had gone overboard; later he performed public swimming stunts; and his death was in pursuit of more fame  trying to swim through rapids below Niagara Falls.

After lengthy preparations which included fitness training at Lambeth Baths and acclimatisation in the cold waters of the Channel, and just 10 days after his first abortive attempt, on August 24 1875 Webb dived from Dover s Admiralty Pier and headed towards France.

Porpoise-grease helped insulate him against the cold, but couldnt prevent jelly-fish stings hurting him. Tantalisingly close to the French shore strong currents prevented him from completing the last few miles for several hours; but eventually the currents slowed and his steady breast-stroke won out. Webb walked ashore some 21 hours and 45 minutes after he left England: it was August 25 1875; he was an instant national hero.