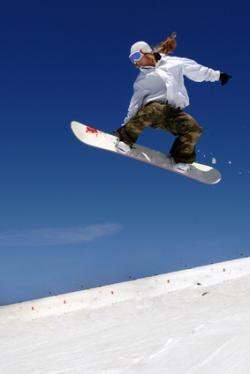 It may surprise some to find out just how much facility exists in the UK for the pursuit of snow sports. While we dont have the Alps we do have plenty of upland region, much of it under snow for a long winter. Britain also boasts a wealth of all-weather locations such as artificial ski slopes. At dry slopes such as Bracknells Ski and Snowboard centre you can enjoy snow sports all year around. Ski centres like that at Bracknell typically offer instruction and equipment hire for novices, as well as organised activities for participants of all ages and ability. Snow sports traditionally includes skiing, ski-jumping and cross country skiing. Today the snowboard is king, especially among the younger skiers, and youll see as many people with just the one board instead of the traditional pair of skis. The governing body for snow sports in the England is Snowsport England. Their website has a host of information including details of how to get coaching and instruction. There are also maps on the site showing the location of dry snow slopes as well as where the real snow can be found within the UK. Snow sports can be potentially dangerous so it is essential that you are always properly equipped and supervised