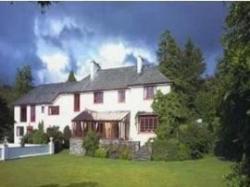 Add your review
My wife and i picked the tudor suite. Tacky is a kind word to describe it.The staff were most unpleasant,acusing us of making a mess of the bathroom floor, and asking us to wipe round the floor with a towel when we got out of the bath or shower because the grout round the tiles was letting water through. We advise anyone to read reviews before staying in this dump...

Add your review
Myself and my new husband planned a weeks stay at different hotels in the Lake District for our honeymoon. We booked 2 nights at this hotel, biggest mistake ever. The room we thought would be fun, was tacky, un clean and had a strange smell. The room was the Tarzan and Jane room. The staff were unpleasant and unhelpful, and at times rude. When we wanted to check out early (after a very bad night, my husband woke with a very sore back from the bed being bowed) we were told we were not allowed a refund, therefore paying £180.00 for a terrible night in a terrible hotel. we are currently working together with Trading Standards to gain a refund. Whatever you do, do not stay at Aphrodites lodge. It will be your worst night ever.

Add your review
we were so looking forward to this stay at the Laked ...unfortuanlety we were horrified! We were greeted by a very shabbily dressed receptionist that had no customer service what so ever. We were then shown to our Egytian room...which was just a cheap and shabby decor...and was built with very flimsy walls so you could hear everything going on downstairs and upstairs. The room felt unclean and cheap! I have stayed in nicer b&bs for less money! We had problems with the couple staying upstairs with the noise and asked the receptionist to handle this. The noise carried on until 12.30am by which this time we threatened to call the police ourselves as the HOTEL were doing nothing about it! We asked them to move us into another room or their sister hotel. Or to move the noisy guests. We felt like we were in Ibiza not the Lakes. The hotel were prepared to do nothing and we were stuck in this horrible situation! The next day we left immediately and I am going to contact the hotel AA standards about this hotel! There was NO management/ customer services and just a shabby room! I cant believe thsi hotel is still in working order!!!!

Add your review
We visited Aphrodites Lodge inSeptember 2007 and stayed in the Victorian Suite. On arrival we were greeted in reception and asked to make our choices for dinner even before we had been shown to our room or had time to unload our luggage. Having travelled for a few hours it would have been nice to have been given a little time to consider this a little. The menu we were presented with was an illegible fax copy and when we asked about dishes the lady attending to us had no idea what each meal actually was or if there were any vegetarian option, the response to our uncertainties was  frosty. Only when another clearer copy was faxed over were we able to make our choice. On being shown around and to our room the first thing of note was that we were told that The excellent outdoor heated pool was in fact closed, then to our room. The Own Patio Area as it is described was no more than a very narrow path adjacent to the building with a table and two chairs placed on it, barely enough room to actually sit at them. The hot tub appeared to have been shoved in the only place it would fit, around the corner in full view of anybody arriving in the car park or just walking round the side of the building, which happened quite often during our stay. The room seemed quite nice so we decided to get ready for dinner. When we came to run the Victorian bath with Spa facility we found that there was no cold water supply to it, we had to ferry water via means of a jug to enable us to use the bath, having decided to take a shower it was nearly impossible to achieve as the shower was no bigger than that usually installed in a caravan, added to the fact that the door was broken and could not be closed the experience of showering was less than idyllic. So we travelled down to 21 the lakes for our 4 course candlelight dinner, I wont say too much but for the price of £25 per head plus wine, this was neither inspired or enjoyable. On returning to our room at the end of the night we were woken by a member of staff who was checking for a fire alarm, the rest of the night we were annoyed by a constant beeping from the alarm panel outside our room. This was very annoying and almost became like a torture, keeping us awake most of the night. The next morning we went to breakfast only to find that we had to queue to get a table for breakfast, things were just getting better and about to get even better again. We reported the fact that the alarm had kept us awake all night and that there was no cold water to the bath and that the shower door was broken before we left for our day out and about, however on returning to our room later in the afternoon we discovered that nothing had been done with any of the items. We stayed in our room for the evening, tired from a sleepless night, when insult to injury the fire alarm was activated again at about 01.00am in the morning followed by the constant beeping from the panel again all night, another sleepless night compliments of Aphrodites lodge. Queueing again for breakfast the following morning was the final straw. On Saturday morning we contacted 21 The Lakes to register our dissatisfactions and were told that there was no management cover during the week end but that someone would come to the room to see us. Not prepared to spend our day waiting in the room for someone we went to 21 The Lakes in person and spoke to the receptionist there. To her credit she was very apologetic and was very helpful in promising to rectify the things that she could do something about, and to her credit she did just that and on our return to our room the cold water was rectified, the shower door fixed and the alarm beeping absent, just a pity it had took the best part of three days to find someone who even cared and who could get something done. After another queue for breakfast we booked out on Sunday and I have to say we were glad to actually get away from the place. The week-end was to celebrate my birthday in a special way which was a total and utter disaster, from the quality of the room with its non existent patio area, hot tub almost in the car park and bed that sounded like it would collapse every time you turned over, to the queues for breakfast and the closed outdoor pool, to the two sleepless nights of fire alarms, no cold water, pathetic shower and over priced restaurant food, all in all a totally unforgettable experience for all the wrong reasons. Thinking about the cost of the week end I think it is greatly over priced for the quality of facility and I would not consider paying so much to return again. If There had been any management cover on the Saturday morning we fully intended to request a refund and leave without spending our third night. unfortunately this was not possible. The only saving grace was the young lady who we spoke to at 21 The Lakes who actually got something done.