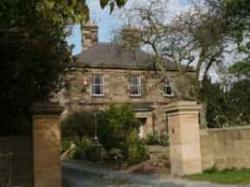 Add your review
A party of four visited for Sunday lunch. What follows are comments so a bit disjointed. The lounge where we sat for drinks before and coffee afterwards is lovely - comfortable and relaxing. The dining room is fine - except for the piped music which was intrusive - both too loud and totally inappropriate to a relaxed dining atmosphere and a very mixed clientele. The menu was fine and although not cheap was not exorbitantly priced. We had two starters - the pate was described as "ok". My prawn cocktail was also "ok" - prawns could have been marinaded in some lime or similar to give them a bit of flavour, which they lacked, I thought. The wrong starter was brought out - it was taken away and corrected - but with no smile or word of apology. The wine we ordered was poured out - but only into 3 of the glasses - not into the glass of the taster. It seemed to be a mechanical process, not involving the real interest of the waiter. The lamb which one of us ordered was pronounced good. The rest of us ordered beef. It came very rare - it was not announced as such on the menu and no-one asked us if that was ok. A lot of people don't like bloody meat - I don't think our two elderly guests did - and to get away with it, the meat has to be top quality. My own piece was not too bad - but both our guests found their's tough and gristly. The vegetables were "al dente" to the point of being slightly undercooked which didn't help. No-one came to ask us if everything was ok - which in this case was a pity cos I could have made some comments. Its embarassing when you take people out to lunch that their meal is disappointing. The puddings were very nice and the candle and the chocolate Happy Birthday on the plate were nice touches, thank you for that. The coffee was nice although we had to ask for a refill- no one came to offer it. One of us wanted tea and asked for green tea. The waiter said that you had this, but he could not have understood as initially Earl Grey was offered and then two tired looking bare (so obviously well handled) tea bags were brought out and offered. I did not resent paying the bill but did not contemplate leaving a tip, in the circumstances. There was much that was right, but much that let the hotel down, as I hope you can see from the above. It could have been so much more special a meal and experience without much effort on your behalf and you could be a place we want to come back to and recommend to friends, not one which is written off to experience. I hope these comments are useful to you.