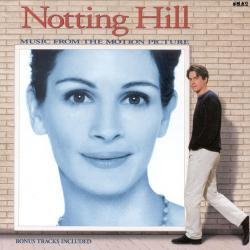 Inevitably Notting Hill is compared with writer Richard Curtiss earlier Four Weddings and a Funeral , generally positively, as Julia Roberts in the later piece has the depth that Andie MacDowell lacks in the former. Both films have excellent supporting casts, forcing us to care about them: in Notting Hill we root for Hugh Bonnevilles bumbling Bernie to find love; we are impressed by the love of the couple played by Tim McInnerny and Gina McKee; and we are delighted at the out-of-the-blue romance of Emma Chambers and Rhys Ifans.
The conceit at the films heart  how a world-famous actress and an ordinary bloke could fall in love and maintain a relationship  grabs us, the successful but unfulfilling life of Anna Scott contrasted with the close friendships of Hugh Grant s character. Grant is too often under-rated; he has great timing, says bugger brilliantly (the word seemingly a contractual condition); and has that rare quality charm.
Director Roger Michell and producer Duncan Kenworthy assembled the components of a classic British comedy to perfection: the London locations including Portobello Road Market ; Kenwood House ; the Savoy and Ritz hotels and Nobu Restaurant ; the soundtrack which memorably features Elvis Costello singing She; and the cast down to cameos by John Schrapnel, Julian Rhind-Tutt and Sanjeev Bhaskar. As a comedy it has farce, surprise, pathos and the surreal  the Japanese tourist kissing the concierge for example. But above all it involves us. And rewards with a happy ending.