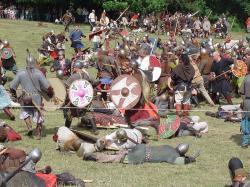 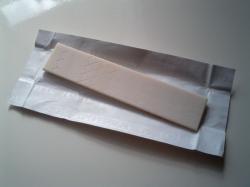 There is much that is debated about the battle of Ashingdon. The very name for one, with some preferring the name Assundun, or Assandon. The location for another, generally accepted as being present day Ashingdon a few miles from Southend in Essex, but with others convinced it was fought at Ashdon in the North East of that county near Saffron Walden .

With the death of Ethelred in 1016 Canute wanted to seize the chance to grab power in England. He invaded with a fleet of some 160 ships, besieged London , and raided Wiltshire and Kent . The new king, Edmund Ironside , confronted and defeated the Kent raiding party, then with his new ally Eadric of Mercia tracked down the Danes in Essex as they headed back to their fleet on the Orwell .

Eadric, who rose to power under Ethelred from humble beginnings, had previously backed Canute, and at Ashingdon he led his men of Herefordshire away from the battle in what was probably a deliberate act of treachery. The Danes swept to victory after this mortal weakening of Edmunds forces.

Ashingdon was a huge blow to Edmund Ironside, forced to flee to Gloucestershire , having lost many of his best nobles in the battle. Shortly afterwards Ironside and Canute agreed to split the kingdom. Ironside mysteriously died in November 1017, enabling Canute to take the whole kingdom. The other great actor in the Ashingdon conflict, Eadric, only survived until Christmas that year before Canute had him killed, unable to trust a man who had changed sides so often.