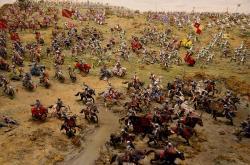 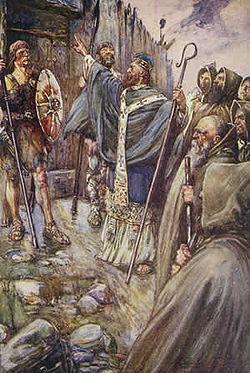 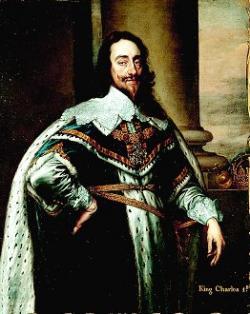 Leicestershire The 22nd of August 1485 AD

After the relative calm that followed Edward IV s victories at Barnet and Tewkesbury in 1471, England once again faced turmoil. On his death Edwards brother Richard Duke of Gloucester seized the throne, imprisoning the rightful heir in the tower. Whether this was from hunger for power, or because of the twin risks to peace of a child king and the general detestation for his mothers family is not clear.

Richard had probably personally murdered Henry VI , and his hands had the blood of Henrys son on them, and even of his own brother the Duke of Clarence. The vendettas against him were many, and his brutal approach to government created more. The conditions were ripe for another Lancastrian grab for the throne.

Henry Tudor s claim was tenuous to say the least, traced from John of Gaunts dubious union with Katherine Swynford, and through the female line at that. But his party needed a head and he was the best available, a highly capable man with the energy for the fight and a willingness to deal with the minutiae too.

Henry Tudor had been in exile in Brittany, out of England since 1471. In spite of this time to prepare, and of Henrys careful nature, his landing at Milford Haven in early August was a gamble. The force he landed only numbered some 5,000 men, though a good part of this army was made up of well-trained French pikemen, mercenaries all.

Gathering some reinforcements as he marched through Wales, his familys heartland, Henry moved via Shrewsbury to the Midlands. Richard, with between 12,000 and 15,000 marched from Nottingham to Leicester . The armies came together near the market town of Bosworth.

There are several complications to an understanding of the battle of Bosworth, not least of which is the location. That it was near the town of Market Bosworth in Leicestershire is certain. Whether it was fought on an expanse of flat ground (as Richard would have tried to engineer, having a large cavalry force in his army) or around a hill-top (as some sources indicate) is unclear. In the end, however, the events are clearer than the site.

The second and greater complexity is the question of how many armies were present at the battle. Most are fought between two opposing forces. At Bosworth it can be argued that there were four: Richard IIIs; Henry Tudors; Northumberlands; and the Stanleys.

Richard had three battles or divisions at Bosworth, one lead by him, another lead by the Duke of Norfolk , and a third with Henry Percy the Earl of Northumberland . In the battle, Northumberlands division never made a move to join the fray. The Percy family had grievances against Richard, but had benefited from his support. The inaction may have come down to Henry Percys jealousy about Richard.

The other force whose intervention would prove decisive was that of the Stanley family. Lord Thomas Stanley and his brother Sir William Stanley had perhaps 5,000 men, but they chose to bide their time before moving to support one of the protagonists. Lord Stanley was Henry Tudors stepfather. Richard had taken Stanleys son hostage to ensure his loyalty. And before the battle Henry is thought to have visited the Stanley camp to negotiate their support.

The battle commenced with the Duke of Norfolks division on Richards right closing with the Earl of Oxfords men on Henrys left. After an exchange of arrows a huge mêlée developed, with Oxfords outnumbered troops gaining the upper hand.

Richard used his cavalry to attack Henry when the latter was somewhat isolated, possibly riding to talk again to the Stanleys. The move came close to winning the day, with Henrys standard bearer slain and the cavalry held only yards from their target by a wall of pikemen.

With Richard committed to the fray the Stanleys made their move, attacking Richards division. Richards household made a desperate stand, and legend has it that his standard bearer kept the royal banner aloft even though both his legs had been hacked off. Contrary to the Shakespearian depiction of Richard, he refused a horse to take him to safety, and died fighting. His death blow is supposed to have been dealt by a Welsh poleaxe, though the symbolism of this moment is suspicious.

After the battle Richards body was stripped and paraded through the streets of Leicester. Tellingly, though Northumberland was taken prisoner, he was rapidly released and confirmed in his titles.

Henry was an intelligent leader, and may be regarded as the first modern king of England, shifting his focus from party squabbling and greed to a concern for the state. The power of the great lords was curbed, their private armies disbanded, and the houses of York and Lancaster united by his marriage to Elizabeth of York. And though there was another battle still to come in the Wars of the Roses , at Stoke in 1487, Henry VIIs reign saw the start of a hundred year Tudor dynasty.