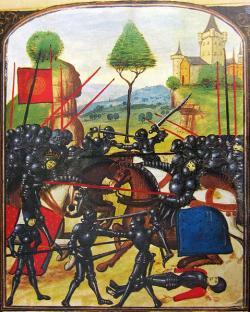 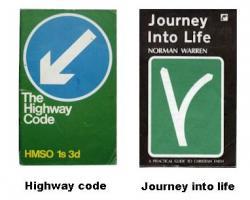 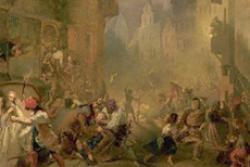 In spite of the setback at Empingham in March 1470, Warwick gained the upper hand over Edward IV that year, forcing him out of the country in the autumn. Warwick plucked Henry VI from the Tower and put him back on the throne.

Warwick again sought French support, but this drove the Duke of Burgundy who was at daggers drawn with Louis XI to aid Edward, enabling him to return to England in March 1471, landing in Yorkshire but quickly taking London and the ineffectual Henry. A battle with Warwick was inevitable, and came at Barnet, north of the capital, on April 14th.

Barnet somehow encapsulates in one battle the capriciousness of the Wars of the Roses . Warwick had backed Edward, then the Duke of Clarence, then Henry VI. Clarence had sided with Warwick, but now made peace with Edward and abandoned the Kingmaker. Henry was as ever completely ineffectual, quickly falling into his rivals hands.

The battle itself is a tale of mistakes and confusion. The Lancastrians, with a force of around 15,000 that was probably two or three thousand stronger than the Yorkists, had taken a strong position behind a hedge and ridge just to the north of Barnet, awaiting the arrival of the Yorkists from the south. Edwards army arrived late in the day on the 13th, and as night fell Edward arranged his army in battle order for the morrow. He had them camp very close to Warwicks lines, eager to close with his adversary the next morning.

The Yorkists were camped so near the enemy that a night-time bombardment by Warwicks artillery was wasted, the cannon-balls sailing over their heads.

At first light on the 14th, Easter Day, Edward attacked, but heavy fog meant that when they closed the two armies overlapped, enabling the right wing of each to outflank their enemies. It is thought the lines wheeled as these manoeuvres hit home. The Earl of Oxfords force on the Lancastrian right devastated the Yorkist left, but instead of pushing home their advantage they chased after Edwards baggage train. When they did return to the fray more confusion arose, partly because the battle had wheeled, partly because Oxfords banner was similar to Edwards. As Oxford arrived his men were fired upon by their own side, mistaking them for Yorkist reserves.

The Lancastrian army dissolved in chaos as Oxfords men suspected treachery from their own side. Warwick had placed his horses to the rear, demonstrating his resolve not to flee. Escaping on foot therefore the Kingmaker was caught and cut down in some woodland, an inglorious end.

Barnet was not the last battle of the Wars of the Roses, but with Warwick dead, and Henry in captivity, there was only going to be one more turn of the cards for the Lancastrians. At Tewkesbury in May 1471 Edward held the aces and played them well. Margaret was captured, and Henry met his death in the tower. The game was over.