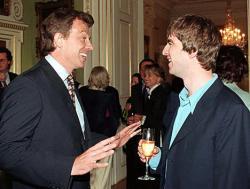 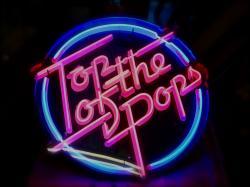 Last Edition of Top of the Pops

The July 30 1997 Downing Street party for sporting stars and people from the worlds of fashion, the arts and rock music nourished hopes of a new era that had sprung into life with New Labours victory on May 1 that year. After 18 years of Margaret Thatcher , somehow a throwback to the 1950s, and the grey-haired John Major , we had a Prime Minister in his mid-forties but looking far younger; someone who had been in a band for goodness sake.
Was the gathering meant to be anything more than some great photo opportunities for the new premier? Given that he had a massive majority and the next election was years away, such a view is perhaps overly cynical. Maybe Tony Blair really thought he was going to change things; maybe he wanted to mix with the movers and shakers in fields that were in the main far from the financial/industrial/legal spheres which had dominated political thinking for decades. Perhaps he genuinely wanted to thank some of the figures who had supported his party prior to the election (though some guests had certainly not done so).
Whatever the reason, the so-called Cool Britannia Party saw Noel Gallagher of Oasis fame posing for pix with Blair; Vivienne Westwood , Anita Roddick , and Tony Robinson mingling with Margaret Drabble , Lenny Henry and Hunter Davis. Everyone pictured that night seemed to be smiling, hopeful, the Blair teeth flashing a message of confidence, of belief in the potential to forge a new politics. Which perhaps makes what happened in the coming years somehow all the sadder.