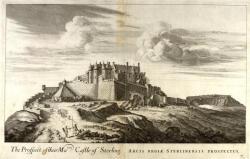 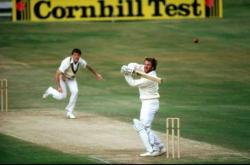 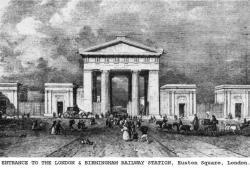 Stirling Castle Falls to Edward I

The Wars of Scottish Independence continued, with occasional breaks to draw breath, from 1296 until 1357, beginning when Edward I took advantage of a precarious dynastic situation in Scotland. Margaret Maid of Norways death left 14 contenders for her throne. Poor Scottish preparedness allowed Edward, foolishly asked to mediate in the succession, to force acknowledgment of him as Overlord of Scotland.
In the interminable campaigns interspersed with truces the English enjoyed several highpoints  decisive victory at the Battle of Dunbar in 1296 and Falkirk in 1298; and the capture of William Wallace in 1305. Numbering with these is the capture of Stirling Castle in 1304.
Edwards siege of Stirling lasted from April 1304 until July that year. It was a key target: the last Scottish stronghold to fall in that campaign, it was also being recovered after a traitor had betrayed its English garrison in 1299; and it was the key to controlling North Scotland.
A student of war, Edward had 12 siege engines to wear down the Scottish garrison of just 30 soldiers, yet they held out for months. Eventually what is believed to be the largest trebuchet ever made, given the name Warwolf, was created to finish the job, though the English may already have filled in the moat making success inevitable. Such was the fearsome sight of Warwolf that the Scots offered to surrender, but Edward refused, wanting to see his toy in operation. One 300lb payload flattened a wall. The surrender was then accepted.
Unlike his action in Berwick in 1296, where mass slaughter was used to terrorise the Scottish nation, at Stirling Edward only had one man killed: the traitor who had cost him the castle five years previously.