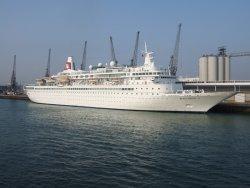 Did you know that Southampton is the home of the Spitfire Aircraft? It was devised by R.J. Mitchell, built and tested here and saved the country during the Battle of Britain . The prototype first flew from Eastleigh on March 5 1936 . More than 22,500 were built before and during WWII . When the government saw its capabilities 310 were ordered  a change of scale for Supermarine whose previous biggest order had been for 12 machines.

Did you know that Southampton was the first town in Britain to sample fish fingers in 1955? The cod strips in breadcrumbs were of course developed and made in Great Yarmouth .