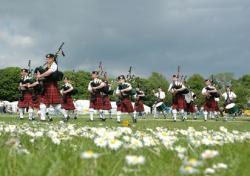 Did you know that Keiths Strathisla Distillery is the oldest whisky distillery in the north of Scotland? It can be dated with certainty as far back as 1786, when it was a farm distillery, and may be older than that. The late great Michael Jackson (the drinks writer not somewhat odd pop-singer) claimed that its roots go back to Dominican friars making beer in the place in the 13th century.