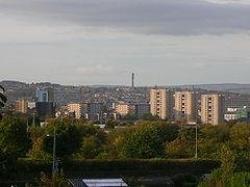 Frederick Delius , in fact born Fritz Delius, is something of a paradox: a quintessentially English composer who was seemingly happy to escape the country once past his first youth. This youth was spent in and around Bradford in West Yorkshire, where his Prussian father Julius had settled in order to build a business in the city's thriving wool industry.
The future composer was born on January 29 1862 in a substantial Victorian villa in the private enclave of Claremont, then something of a German colony. The family moved from No 6 Claremont to Nos 1 and 3 later, joining the two houses to accommodate the huge family - 10 boys and four girls, along with the parents and various servants. Julius Delius prospered for many years, and his children enjoyed a privileged upbringing.
Fritz was christened at St Peter's Church, now the Cathedral for Bradford, an unexpectedly ancient building - some 500 years old - in a place that feels more rooted in the 19th century. The Cathedral is a noted venue for chamber concerts still, as is St George's Hall on Bridge Street, to which Julius Delius was a substantial subscriber. The young Delius enjoyed concerts in the confident Victorian building, where Bradford's German merchants combined to attract Manchester's Halle Orchestra to play regularly.
There are still monuments to the importance of the German traders in the city, in particular the district still called Little Germany, where the grand warehouses and commercial properties used by them still stand, with some modern additions. The area is seeing investment in leisure facilities as well as commercial, drawing visitors to this historic corner of Bradford. And fittingly The Delius Arts and Cultural Centre is located in the church on Great Horton Road used by Delius and his family, and still dubbed The German Church.
Frederick Delius was educated at Bradford Grammar School , an ancient foundation still going strong, whose sturdy architecture can still be seen on Keighley Road, which is the route out of the city that takes visitors towards one of the area's most important historical and tourist sites, Saltaire, a world heritage site indeed, where a Victorian philanthropist built a model town for his workforce. A significant collection of work by another Old Bradfordian, David Hockney, can also be seen in Saltaire.
South of Bradford is Bronte country , Haworth village being a short drive away.
The wealthy Delius family escaped from smoky Bradford in the summer, but not so far that Julius could not control his business still. They holidayed in nearby Ilkley, renting a cottage, and having a couple of ponies that the children could ride in the beautiful moorland above the town. Ilkley is not just famous these days for that song, but as a gastronomic haven, and it still has architecture that Fritz/Frederick and his siblings would have known.
On Hearing the First Cuckoo in Spring and Brigg Fair are works that are deeply rooted in the love of nature and the countryside that Delius began in his youth in West Yorkshire , a love that permeates his oeuvre. Contemporary Bradford has changed hugely from his time, with the magnificent National Media Museum emblematic of that evolution. But the city has retained a great deal of its Victorian heritage with landmark buildings the future composer of The Walk to the Paradise Garden would have been familiar with. The two worlds come together beautifully in Exchange Square, where surrounded by an eclectic mix of Victorian and modern buildings Amber Hiscott's giant sculpture Quatrefoil for Delius invites you to walk through its 20 foot tunnel and see the world differently for a few seconds.