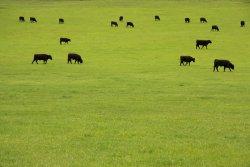 Did you know that Dundee accounts for 10 per cent of Britains digital entertainment industry revenue? A Dundee company developed the Grand Theft Auto game. The citys electronic roots go deeper than that  the first Sinclair ZX Spectrum machines were made there by Timex.
Forfar
Did you know that Zora, on the outskirts of Forfar, is the only town or village in Scotland to begin with a Z
Kirriemuir
Did you know that David Niven claimed to have been born in Kirriemuir as he thought it sounded more romantic than London ? His spurious claim also extended to his date of birth, though unlike certain actresses he moved it earlier rather than later, to 1909 not as was correct 1910. His actual birthplace was Belgrave Mansions in Grosvenor Gardens, very up-market  one imagines the parties held there being rather different to the riotous ball celebrated as per the song in Kirriemuir.
Montrose
Did you know that Montrose has the widest High Street in Scotland? Some of the fine buildings there bear witness to its position at one time as a Hanseatic Port of great significance.
Did you know that Montrose Air Station (now a Heritage Centre) was the first operational military airfield in Britain? The Royal Flying Corps set up the field in 1913  though Leuchars which was used for ballooning before that can boast it is our oldest military aviation facility.