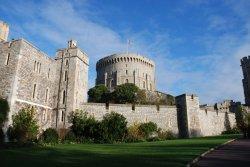 For centuries Berkshire has been known as the royal county thanks to the royal residence of Windsor Castle, a situation formalised by the Queen via letters patent in 1974. That fortress is far from the only site there linked with the Crown, indeed wed like to suggest a tour taking in some of the less obvious ones along with those famed worldwide.
The first stop, however, has to be Windsor Castle . The castle is the largest in Europe, established by William the Conqueror and a royal residence since the reign of Henry I  even today it is Queen Elizabeths weekend place in the country  though its shared with about 500 or so who live and work there! The Round Tower is an iconic structure, and St Georges Chapel the last resting place of many of our monarchs. Quite a few of them left their mark on the architecture of the place, which means a tour of the castle is a journey through royal history: Henry II replaced wooden walls with stone; Henry III added luxury but was surpassed by Edward III ; Charles II cleansed it of reminders of Roundhead occupation with extravagant decor; and George III and George IV emptied their  and our  pockets buying fine furnishings still to be seen there. Its not just buildings and furniture youll see at Windsor either  the changing of the guard happens at least every other day.
Windsor Great Park is the remnant of ancient royal hunting grounds behind the castle, with the famous Long Walk a test for the legs at five miles, but with sights like Virginia Water and unsurpassed views of the fortress and Old Windsor it is worth the effort. The Park also contains various additional royal residences not open to the public: The Royal Lodge, home of Prince Andrew; Cumberland Lodge, now a Christian conference and study centre; Fort Belvedere, once the home of the unpleasant Edward VIII (and actually just over the border into Surrey).
To the east of the castle Home Park contains other residences of note including Frogmore House , where in the gardens open to the public the mausoleums of Victoria and Albert can be seen.
Windsor itself is a town that merits a stay or at least a visit, with the accent on independent shopping and some decidedly high-end restaurants and hotels, some catering for the parents of boys attending nearby Eton College , also of course with very recent royal links, Princes William and Harry both educated there  the place founded by distant ancestor Henry VI in 1440. As a school accessibility varies through the year, so check before setting out.
For those of a sporting turn of mind as well as an interest in all things royal Berkshire has two racecourses with regal connections: Royal Windsor itself to the north of the town; and Ascot , beyond the south-west edge of the Great Park. Ascot of course was founded, or so legend has it, thanks to the insight of Queen Anne . And every June Ascot is transformed into Royal Ascot , members of the royal family progressing from the Castle to the course to put a few quid on one of the Queens own horses perhaps.
Not as formally linked to the royal family, but certainly catering for sports they enjoy, are the Royal County of Berkshire Polo Club at Winkfield and the Royal County of Berkshire Shooting School at Pangbourne, the former of interest to those fancying watching, the latter learning or practising (you never know when you may get that invite to Balmoral or Sandringham).
Given the fascination Prince Andrew is said to have for golf there are doubtless many courses in the county he has played, but the most celebrated is probably Royal Ascot Golf Club, where the Duke of York is Patron, and which was given the royal appellation by Queen Victoria, several of whose children learned the game there. The course can be played by visitors  with green fees payable naturally  though you need to check availability in advance.
Royal prerogative exists not just on dry land but on the Thames in Berkshire. Every July the ancient process of Swan Upping takes place along that river, which of course includes lovely stretches in Berkshire: time your visit right and you could see the old skiffs used to travel the waters and survey the swans, many of them officially royal property, which are ringed by the Queens Swan Warden.
Most of the places and activities above reach back into our distant history, but more a recent royal event excited interest around the world: the wedding of Prince William and Catherine Middleton , now the Duke and Duchess of Cambridge. The former Ms Middleton grew up in Berkshire, and her parents still live in the pretty village of Bucklebury in the west of the county. Their home of course is private, but the village near Thatcham and Newbury has a Norman church and a couple of pubs, and is in fine rolling countryside (and the pub in nearby Stanford Dingley is reputed to have been Kates old local) that especially for visitors new to the UK gives a snapshot of the picturesque side of England.
Berkshire with or without royal connections is a county with some lovely places to visit  the Chiltern Hills , Berkshire Downs and Silchester to name but three. Those links, however, are fascinating to lovers of history and maybe of style too. So pack a bag and take in a few of Royal Berkshires regal sites  and maybe live like a king at one of the hotels we list.
Royal Windsor Tourist Information - 0871 716 1962 Calls cost no more than 10p a minute