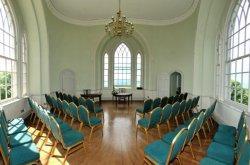 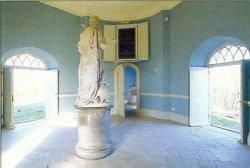 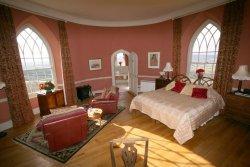 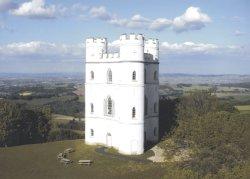 Haldon Belvedere (also known as Lawrence Castle), a Grade II*, listed historic building was renovated in 1995 by the Devon Historic Buildings Trust supported by English Heritage and is one of the finest examples of this type of triangular tower in the country. It was built in 1788 as a memorial to Major General Stringer Lawrence, a commander of the British armies in India in the 1750s. His coade stone statue dominates the ground floor which is dedicated to Lawrences achievements while in the employ of the East India Company. Accessed by the spiral stone staircase, the miniature Ballroom on the first floor has its original magnificent mahogany panelled floor, large gothic windows and baroque plasterwork. The top floor has been tastefully converted into a holiday apartment. From the roof terrace the 360 degree panoramic views over the rolling Devon countryside extend to the National Parks of Dartmoor and Exmoor, the Exe estuary and English Channel, the cathedral city of Exeter and the coastal resorts of Exmouth and Topsham. The building is also an approved premises for civil ceremonies.