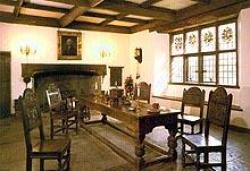 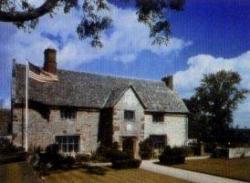 Sulgrave Manor is a superb example of a modest manor house and garden of the time of Shakespeare and was home to the ancestors of George Washington. In 1539 the manor was bought by Lawrence Washington from Henry VIII and his descendants were to live there for the next 120 years.

In 1914, Sulgrave Manor was presented by a body of British subscribers to the Peoples of Great Britain and the United States of America in celebration of the Hundred Years Peace between the two nations.

In 1924 the National Society of the Colonial Dames of America generously endowed the Manor House and still co-operates with the Board in its upkeep.

The Manor stands as a permanent reminder of the special relationship between Britain and America, and today visitors from all over the world, including many school children, come to enjoy this beautiful Tudor house set within the heart of a peaceful Northamptonshire village.