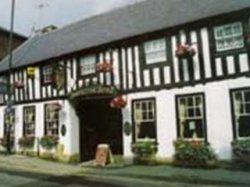 The Saracens Head Hotel is situated in the delightful market town of Southwell in the heart of the Nottinghamshire countryside. Once known as the King's Arms, the hotel was established in the 12th Century however, was rebuilt in the 16th Century and further additions made in the 1970's. The reception area, restaurant and above are part of the towns Assembly Rooms built in 1818 and restoration work has revealed Elizabethan wall paintings which can be seen in the Bramley Room and the King Charles Suite in the oldest wing of the hotel. The town of Southwell boasts a rich historical and architectural heritage, including the magnificent Norman Minster and numerous Prebendal houses. From the hotels doorstep you can take a stroll through the town's unique collection of shops, visit the 19th century workhouse or simply relax in the town park.