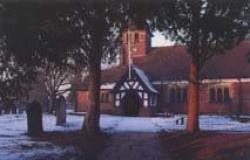 Vale Royal, situated in the heart of Cheshire, has some of the finest countryside and attractions in the country. Complemented by a wide range of high quality places to stay, Vale Royal is the ideal destination for day trips and longer stays.

The Vale Royal story begins in the 13th century with a former King of England. During a violent storm at sea on his return from the Crusades, Prince Edward, later King Edward I , vowed that on his safe return he would found an abbey in the county of Cheshire, of which he was the Royal Earl.

The abbey was founded in 1277 in what Edward declared to be 'Vale Royal, the fairest vale in all England'. Vale Royal's history can be traced back to Roman times and beyond. There is much evidence of Iron Age settlement, although the influence of the Romans is more tangible. It was they who almost certainly first discovered brine springs along the Weaver Valley, thus founding an industry that remained the area's staple occupation for centuries. This industrial heritage can be traced in detail through fascinating displays at the Salt Museum and the Lion Salt Works at Northwich.

Crucial to the salt industry was the Anderton Boat Lift. The Lift is now restored and is one of Britain's most impressive pieces of Victorian engineering. It enables boats to be lifted over 50ft between the Weaver Navigation and the Trent and Mersey Canal.

Additional reference to the past can be found at the Delamere Visitor Centre, Linmere. Visitors can learn about the Norman hunting forests of Mara and Mondrem which covered much of the Borough during the Middle Ages or enjoy woodland walks through the modern plantations which have replaced them.

Vale Royal has an abundance of meres, canals and rivers which means there is a wide variety of water based activities. Narrow boats can be hired for cruising the Cheshire Ring, while sailing and sailboarding are catered for along with the ever popular activities of angling and bird watching.

For those who like to walk, Vale Royal has an extensive network of footpaths to suit all abilities. Serious walkers can enjoy the more challenging long distance trails such as the Sandstone Trail.

Vale Royal is the ideal place to visit. Come and see for yourself.