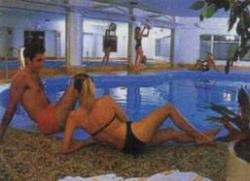 Add your review
this hotel was a good choice the romms were nicely decorated and the staff were very helpful. i would reccomend staying at the rainbow international hotel torquay

Add your review
Well this hotel is very poor and in NEED of Demolishion the staff were NOT helpful .We had 102 people staying in this hovel and they were all very old and with ill heath and at midnight There room lights were turned off and bearing that these people go loo more then once in the night this is is a health and safty issue and worn any body that are planning to stay KEEP WELL AWAY

Add your review
DREADFUL HOTEL ROOMS AWFUL WALLPAPER HANGING OFF, TROUSER PRESS ALSO HANGING OFF WALL ,RADIATOR IN BATHROOM ON FULL HEAT COULD NOT TURN OFF, BEDSPEAD FULL OF HOLES, BED NOISEY!! CURTAINS TORN AND HANGING BADLY WINDOW SILL PAINT PEELING OFF. DO YOU MIND QUEING FOR CARVERY EVERY NIGHT SAME MENU MORE OR LESS, WINE WAITER IF LUCKY. AVOID AT ALL COSTS.

Add your review
Was booked into this hotel for a Union Conference, so unfortunately I didn't have much choice where I stayed. If it was ever three stars, I am left wondering where at least 2 of them have gone! Room was old,(older than the residents), very tired, damp smelling and not very clean. Food was a vague attempt at a carvery every night. Breakfast was not much better. Had to sleep im my jumper on the 1st night as central heating wasn't working. I got an electric heater on the 2nd day. Central heating worked again by 3rd night, but at the expense of no hot water for a shower! I had to buy a bottle of flash lemon to try and allieviate the damp smell by leaving a cap ful in the room, and a good glug down the sink, bath & Toilet each day. I would definately not recommend it to anyone, no mater how much I disliked them!

Add your review
we went to the rainbow on a coach.we couldn't complain about anything ,ONLY THE BEDROOM,well what can i say ,it was filthy.wallpaper hanging of the ceiling,the tv,kettle and hairdryer.were at least 30 YEARS OLD,AND THE SMELL WAS HORRENDOUS.some people asked to change rooms but they said no.so we didnt bother to ask.the bathroom was dirty and smelly.i moved the bed the day we came home.well i wish i hadn't.the curtains were rotting away.BUT WE HAD HOT WATER AND WARM ROOMS.BUT NEVER AGAIN,SO BEWARE OF ROOM 126.I tried to order a sunday paper on sat pm but was told no it was to late.

Review by Anonymous on 2nd February, 2008

Add your review
Good Points: Nice size room and had good basic facilities there for you Bad Points: The raditior didnt work and the windows didnt shut properly in the room, needs a bit refurbishment General review: Overall it was good value for money, the room was decent, most things you needed were at hand within the room and it was nice to have breakfast included, although i think it does need to start a little earlier than 8am, but alround its in a great location and close to alot of attractions and other things in Torquay, i would visit again at some point.

Add your review
All the staff were very polite & helpful; all our meals were very good & plenty of choice but the bedroom we had was terrible - very old furniture & ancient bedding as well as discoloured towels. The entertainment was not very good as it was bingo most of the night.

Add your review
i enjoyed torquay very much as i have been here before, however i will not be staying in this establishment again as when we arrived some hag with a very distinguished london accent give me my key and could not be bothered to tell me where my room was. After i freshened up i went down to dinner and was told to go back by a miserable looking restaurant manager as it was not my alloted time for dinner. so i asked the hag on reception where the bar was. she managed to tell me and went there for a drink. When i got into the room there was a slutty looking woman selling bingo tickets, she asked me if i wanted any and i told her no. Iwent to the bar where a very untidy chubby girl greeted me. she had long black hair and later in the evening was very rude as she abruptly asked me for my glass as she needed to lock the door from the inside. The entertainment was ok but the old fella looked as if he was about to die. The other girl and lad behind the bar were very helpful and assisted an elderly man in a wheelchair up the stairs. The room was very untidy and needs a facelift as does the bingo seller. No one changed my bed for the 2 days i was there. WILL NOT BE COMIN BACK EVER AGAIN!!!!!!!!!!!!!!!!

Add your review
To describe this as the worst hotel in the world would be wrong. There's one that's even worse just outside Cairo. The Rainbow International is a dreadful place. It is not so much tired as terminally exhausted. The only people who like it are the hundreds of crumblies who are coached in from the North of England, great swarms of blue-rinced denture wearing cardigan clad ancients with their zimmer frames and wheel-chairs for whom decent service has never been a requirement in life, their expectations being so low. The room I stayed in was beyond a joke. It had no lock on the bathroom door which wouldn't syay sshut unless wedged. It was dingy, dank and the bed was a thinly covered waffle iron that must have first seen service during the mid Victorian era. I arraived to find no on in reception. I had to phone the hotel before someone ap[peared from the back office (where they must have been asleep!). The 14 year old Polish boy who gave us the key to room 499 said that it was in the 4th floor and that there was no lift. Wrong on both counts. We found a llift and it eventually delivered us to the 4th floor. Room 499 was, however, on the ground floor! Breakfast was reminiscent of school dinners (long queues, overcooked food, miserable servers)and the tables were so close together one could not avoid close contact with the about-to-die brigade mentioned earlier. The whole place stank of cigarettes, everything was in a state of advanced decline. I am not sure how the glass stayed in the bedroom windows: there was virtually no putty (and certainly no paint) left to hold the glass in place. I wish to God I had read the reviews before booking this weekend away. Avoid this hotel like the plague.

Add your review
Checking the reviews after we had already booked our break at the hotel we were very concerned - but my advice is don't believe everything you read - the hotel was good - room was basic but clean - staff were excellent especially the Restaurant Manager who always greeted you with a smile. Food was of good standard with a variety of choice. On the down side beds although clean could do with updating (i.e matresses and please duvets not blankets)

Add your review
Staff great, however the hotel food and accomodation did not live up to standard. Travelling with friends when we arrived to our rooms, cleanliness leaves a lot to be desired, one stank of stale smoke and we had to open the bedroom windows and as for our window if we wanted it open we had to prop it open with our bible!!!!. Breakfast ok but the choice for the 5 nights was the same for the entire holiday. Cottage Pie, Mousakka, duck and some sort of puff pie with filling............. thats it!!!!!!! won't be returning, don't usually bother to post reviews but felt this was a definite must. You have been warned.

Add your review
I very much liked it,peole and workers were very polite. I went with my school who liked it the food was bascic but ideal for us.The entertainment was good we danced and had fun also they organzied a hawiian night for the school with a tasty food. the rooms were also bascic but were ok if you didint spend much time in them.It was a fun and exciting and friendly atmosphere and i would definitly go there again!

Add your review
We travelled to the Rainbow without reading any of the reviews.We were on a hen party for the day/evening.The meal was a disgrace.The asparagus soup tasteless and out of a packet. The lamb and vegetable both looked like Spew. The potatoes could barely be cut and all the of the carrots had chicken soup on. The xmas pudding had been cooked in the steamer and looked anaemic and the cheese board consisted of a tiny piece of brie and a chunk of tasteless cheddar. If you enjoy your food, I would avoid this hotel like the plague. A truly bad example of Westcountry Hospitality. We did not complain on the day, as we did not wish to spoil the Bride's evening even more. A V O I D !!!!!

Add your review
We went on a package coach holiday, so we paid a lot less than the hotel's standard tarrif that I saw whislt there. The rooms are tired, clean but very tired and worn out, who ever redecorated did a real slap dash job, paint marks on the furniture, and on the carpet etc grouting in the bathroom grubby. The ballroom and bar area very worn out indeed. Gym is a joke nothing in it, games room even worse, inside pool very small, but not too bad for what it is. Staff are friendly and helfpul. In the resteraunt peaktime waiting service can be a bit erratic. Variety of menu limited, food decent enough. We basically paid £30 each a night, half board including our coach travel - at that price we were satisified, and it's a couple of steps up from bed and breakfast. If we'd paid the usual rates, we'd probably have asked for our money back, and stayed elswehere.

Add your review
Don'yt bother , rooms dirty, food average , staff helpful but place is a dump don'yt go have heard it is receivership never 3 stars in a million years

Add your review
I wish I had seen reveiw from John (August 2005) before I went. Things have not improved except that when I complained I was told that they had not had any previous problems. Cross off your list!

Add your review
We had booked to stay here and didn't end up doing so. The communal areas are nice, but the rooms are horrible. Dirty and worn out. We were so disappointed when we saw ours. Staff helpful - gave us another room. Slightly better but still not what you would call nice. Apparently there are some refurbished rooms but they were all booked when we were there - never got to see one. For the price (we should have paid just over £120 per room per night B & B) I would say don't bother!