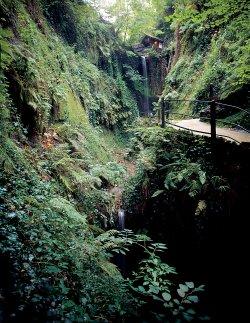 Review of Shanklin by Kay Carter on August 29th, 2009
What a beautiful place, have been in love with the island for a long time but only really 'discovered' Shanklin last year when we stayed in B&B there. Something for everyone, the beautiful old village, the chine, the beach and the cliff walk to Sandown. A delightful little town and i cant resist telling everyone about it.

Review of Shanklin by harry on April 25th, 2006
shanklin is an old fashioned small and traditional village/ resort but my family and I love it. we have been coming here for 40 years and still enjoy sand castling on the beach, the walk up the steps of death at the end of the beach to the cliff top and, best of all, Shanklin Chine which is a fantastic oasis of luch greenery that has to be seen to be believed. Go for an early season break - its really quite sweet!