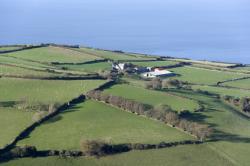 Review of Bideford by Simon Hughes on May 1st, 2007
Lovely surroundings but never again! We recently attended our friends wedding at Yeoldon House Hotel. The day was perfect, the Hotel was ideal, the food was excellent, the setting was amazing. But i'm afraid this was marred by the unprofessional, frosty,"headmistress" type attitude conducted by the manageress and her understudy. We stayed for 2 nights and on the wedding night our party had booked out the entire hotel they also held the reception there-a booking that was worth thousands. During the day i waited 25 mins at reception for my key and as soon as i went to look around the corner of reception for a member of staff the manageress's assistant arrived and promptly told me off for stepping into reception as though i was a child. The reception went without a hitch the food was excellent but as the night went on we had the disco in the dining room which was closed and locked up at midnight then last orders was called and at 00:15 glasses were collected even if they were unfinished. At 00:25 we were told we had to vacate the bar room. As some of our party still had full bottles of wine to drink the question was asked where were they supposed to finish thier drink? the answer was abrupt - "just go to bed" The lights were then turned off on approximatly 12 people sitting outside in the smoking area.But they could'nt re-enter the bar as the door was locked! This led all of our party stuffed into the tiny reception area wandering what to do next, Jennifer Steele-the hotel manageress the marched through us with her understudy and just said goodnight and promptly locked the kitchen door behind them. It was mentioned to her that we would have to leave bad feedback on her guestbook and low and behold the book was unavailible in the morning! This had led me to writing this review online and not in the guestbook. I would reccomend this hotel to people who just like a relax in nice surroundings and not to those who wish to have a function there. I'm afraid that none of our party of 28 guests will be returning or reccomending this hotel in the future.