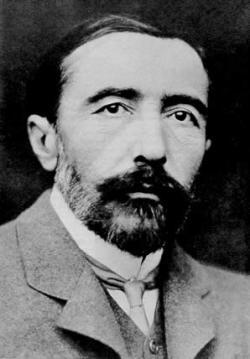 Merchant sailor for over ten years visiting Singapore, Borneo and Belgian Congo, this inspired much of his writing. Married in 1895 and settled in Kent. First novel was Almayers Folly (1894), others included Lord Jim (1900), Nostromo (1904) and The Secret Agent (1907). Became well-known with publication of Chance in 1914. Short stories include Tales of Unrest (1898) and semi-autobiographical The Mirror of the Sea (1906).

Contributors: Do you have a site related to Joseph Conrad?
Supply some content for this page and we will gladly add a link to your site. Email here.