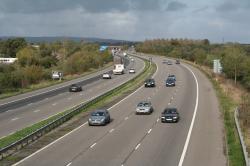 At Bristol Crown court on March 9 1981 John Lambe, a 37-year-old builder and lorry driver, was given 12 life sentences for the rape of women attacked during what it was suggested amounted to a campaign intended to embarrass the police force  he claimed that he had earlier been convicted and jailed for crimes he didnt commit. Were that true what sort of evil mind would seek vengeance in the way he did?
Lambe mainly operated in the South West, hence the 'M5 rapist' tag given to him by the media. His vile assaults were carried out on women of all ages  his youngest victim was 15, the oldest 74, over a period of more than three years. Some were threatened with a knife, some he attempted to strangle. He ran big risks of discovery in the pursuit of his targets in their homes  one was attacked while her husband and father were downstairs watching a TV programme; and his recklessness was his eventual downfall, the husband of his last victim, in the Somerset town of Taunton , saw him getting away from their house, and his red car racing from the scene was also observed.
Lambes victims were many: the 12 women he violated and four more whom he attempted to violate; plus of course their loved ones; and imagine too the appalling shock for his wife and two young sons. Jackie Lambe, who was praised by the trial judge, had no reason to think her husband was doing anything other than working away from their Fordingbridge home, when in fact he was the notorious serial rapist terrorising women across the south west counties of England.