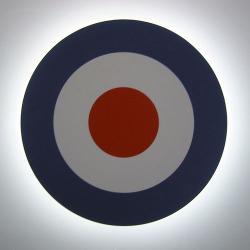 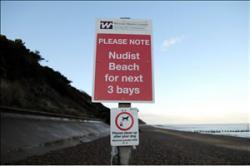 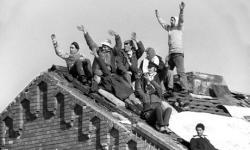 In military flyings early days aircraft were seen, perhaps understandably, as equivalents for the horse in the cavalry or light attack ships for the navy. Armed forces around the world developed their airborne capability within their armies and navies. Britain was the first country to establish a separate air force, when the Royal Air Force was brought into being on April 1 1918.

The development of military capability in the air in Britain began as late as 1880, when balloons were used as observation posts during manoeuvres in Aldershot . The French as balloon pioneers had beaten them to it by nearly a century, when a tethered balloon was used in 1794 for the same purpose during the revolutionary wars.

In April 1911 the Royal Engineers took up the aerial challenge, with the formation of an Air Battalion in Larkhill, Scotland. At the end of the same year the navy, aware of the potential of airborne observers, set up the Royal Naval Flying School in Kent .

The government rapidly saw the need for coordination of the aerial efforts of the two rival military arms, establishing the Royal Flying Corps in the spring of 1912, but as WWI inexorably approached the navy reasserted its control over part of the UKs air capability, the airship squadrons within the RFC being brought back under naval command as the Royal Naval Air Service. In September 1914, a month into the conflict, the navy formed its own aircraft squadrons, in effect returning to the situation that had held before the RFC was created.

The rivalry between army and navy had existed for centuries and remains to this day. The wartime government, however, could see the duplication of effort and the foolish squabbling over limited aircraft resources, and in November 1917 passed an act to enable it to create a separate air force, with an Air Ministry to oversee that force. Lord Rothermere was appointed as Secretary of State in charge of that department, and he was able to drive through the much required reorganisation.

For much of the war the RFC had struggled against the Germans, who with planes like the Fokker Albatross too often had the technological advantage over the Allies, though when the RAF was formed this situation had to a great extent been turned around. The Zeppelin air raids on Britain which began in 1915 had awoken the homeland to the importance of the aerial threat in modern warfare.

On April 1 1918 the Royal Air Force came into being, the RFC and the RNAS uniting, though it took some time for certain old rivalries to disappear within the combined force, naval and army ranks remaining in use within the force until after the end of the conflict. On the same day the Womens Royal Air Force was also instituted.

The RAFs first operation was undertaken by Bristol fighters belonging to 22 Squadron on the day it was formed. When the fighting ended in November 1918 the RAF and its allies were unquestionably in control of the skies over the Western Front.