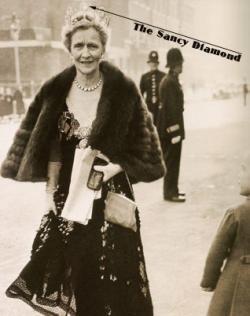 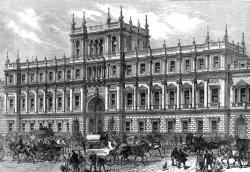 It is a quirk of history that Britains first female MP to take her seat in Parliament should in fact have been born American. Equally paradoxically while Nancy Astor is a symbol of the drive for equality in British political life, she was also hugely privileged.

Nancy Langhorne was born into wealth in Danville Virginia in 1879. Her father was an extremely wealthy man who had made a great fortune in railways. She came to England to escape the aftermath of her divorce from Robert Gould Shaw, whom she had married while still in her teens. In England she married into the upper classes, though her husband Waldorf Astor had also been born in Virginia.

When her father in law died in 1919 Nancys husband came into his title, and so was forced to quit the Commons where he had sat for Plymouth Sutton since 1910 in order to take his seat in the Lords as the second Viscount Astor.

Nancy decided to stand for her husbands old seat. She faced several problems: a privileged foreign woman was not likely to be of immediate appeal to large sections of ordinary voters in Plymouth , still less someone who espoused Prohibition, though she toned down her espousal of temperance matters as the campaign progressed. But she had advantages, not least enormous wealth and the family ownership of the Observer newspaper. She also had charm, and though likely to say extraordinary things at some meetings, she won over many at others by her wit. And it cant have hurt to have the Tory Party machinery behind her of course.

On November 28 1919 she defeated Liberal candidate Isaac Foot (father of Michael Foot of Labour legend) in the by-election necessitated by her husbands ennoblement, and on December 1 1919 took her seat in the Commons, the first woman to do so.

Astor was not the first woman elected to the Commons, however. Countess Markievicz had won a Dublin seat for Sinn Fein in 1918, but refused to take the loyal oath and so was denied the right to represent her constituency.

Once in Parliament Nancy Astor fought for change in three areas in particular. She was the driving force behind the change in the law that meant 18 was the age at which alcohol could be purchased. She espoused womens rights, pushing for equality in the Civil Service. And she was a great supporter of improvements in nursery education and other advances of benefit to children.

Nancy Astor sat for Plymouth Sutton until the 1945 General Election, which she was advised not to contest as it was inevitable she would lose given the hunger for change after WWII . She died in May 1964, still a significant influence behind the scenes in the Tory Party, her home at Cliveden an important political salon for a privileged few.