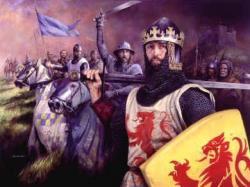 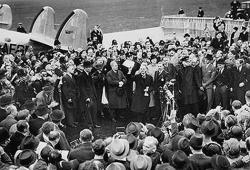 Chamberlain Proclaims Peace for our Time, 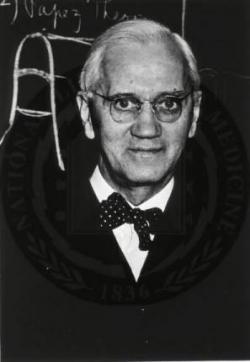 The discovery of penicillin 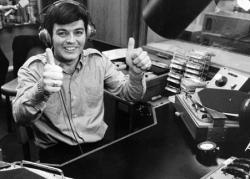 The balance of power in the First Scottish War of Independence tipped towards Scotland with the victory of Robert the Bruce at Bannockburn and the slaughter of much of the cream of English chivalry there. Bruce did not fall into over-confidence, however, rather than open battle using raids on carefully targeted areas of Northern England as effectively a terror campaign to force Edward II to recognize his sovereignty and Scottish independence.
One major blow to English pride was the fall of Berwick, Edward Is greatest prize , betrayed to the Scots in 1318. Such was the significance of this event that Edward II and Thomas of Lancaster were able to patch up their differences, albeit temporarily, and unite in the attempt to recover what was a significant port as well as the symbol of regional power.
While their combined forces besieged Berwick, to little avail, King Robert sent a major raiding party, perhaps 3000 or more trained and battle-hardened men, to attack deep into English territory, at some point even aiming to capture Queen Isabella who had remained in York while Edward pushed north.
The Archbishop of York, William Melton, along with that citys mayor and the Chancellor, John of Hotham, organised a large force of men from York and the surrounding towns and villages, united in their anger over the Scots depredations thus far, and doubtless fearing worse to come. The best estimates put the Scots numbers well below 5000, with the Yorkshiremen mustering an army  if it can be dignified with the name  of between 5000 and 10000. The two armies came together at Myton-on-Swale, a few hours march north-west of York, some three miles east of Boroughbridge.
Thomas Earl of Moray, the Scottish commander, originally made to avoid battle, but when the nature of the rabble facing them became clear his army stood its ground, or more accurately went into action. Hayricks were burned to send smoke into the faces of the English, disguising what the main Scots force was doing  preparing to attack. A detachment of hobelars, light infantry mounted for swift movement, seems to have cut off the English rear, holding a bridge across the Swale. When the English line neared the Scottish the latter charged, and routed the untrained troops instantly.
Estimates of English dead vary wildly, but it seems that the Scots did great slaughter, putting at least 1000 and very possibly more than double that number to the sword, including it is said 300 priests and friars  giving the battle its sobriquet  The Chapter of Myton. Another 1000 may have drowned trying to escape the bloodbath. Some of the wealthier English combatants were captured for ransom, but the mayor of York was not one of them  he died in the fray.
Edward IIs reign lasted until 1327 , but his prestige had been hugely damaged by Myton and the failure to retake Berwick that followed it  Thomas Earl of Lancaster quitting with his men to defend their properties. Lancaster would be beheaded in 1322 at Pontefract following the failure of his open rebellion. Edwards death at Berkeley Castle five years later was far nastier.