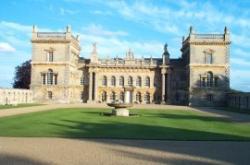 Did you know that Robert of Bourne, a Gilbertine monk who spent most of his life at Sempringham near Bourne, dedicated his greatest work, Handlyng Synne (Handling Sin) to the men of Bourne  a back-handed compliment?

Did you know that at Manthorpe, just south of Bourne, stands the largest living Oak Tree in England, the Bowthorpe Oak? It has a circumference of 40 feet and is over 1000 years old. Though still living it is hollow, its interior previously used as an annex to the farmhouse behind which it stands. The living room, as it were, is said to have once accommodated 39 people.